How is IoT Security Evolving? 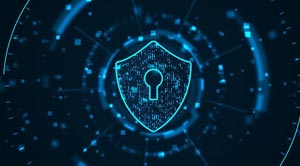 IoT has more or less become an integral part of every business, and its security is evolving at a drastic pace.

FREMONT, CA: The technology of the internet of things (IoT) is revolutionizing the field pof any business and taking it to level higher. Why is the industrial world giving a greater level of attention to IoT security? What is the future of IoT security? The space of technology is evolving every day in order to fit the modern needs of the enterprises of today. While the business world is looking for fast track progress and prosperity, securing the technology, especially that of IoT, is more than essential. In the wake of security becoming prone to decay, the enterprises are also looking for futuristic ways to achieve IoT security.

The dilemma with respect to deploying and utilizing IoT has been there for a lot of time. Enterprises look at both the merits and demerits of the technology or a solution before saying yes to its application. In this context, the aspect of security becomes increasingly important. An IoT solution is sure to take over the central operational ecosystem of the business with its intelligence and potential to automate and make the enterprise a smarter one.

The future of the IoT market is clear to state that the security aspects of service would be reinforced to the greatest extent. Data monitoring is getting optimized lately. IoT devices often deal with almost every piece of information, be it infrastructural or operational. Thus, data monitoring has to be one of the most crucial aspects to ensure IoT security. When enterprises provide the IoT system with access to sensitive data, then IoT security must also be increasingly strengthened; otherwise, the hackers would have a feast on this critical business information.

This further calls for a sophisticated backup module. While the vulnerabilities of the IoT system might make way for an attack or a malware crime, engineers must also work on how the lost or stolen data can be recovered and backed up. The backup infrastructure shall essentially aid in framing a highly secured intranet. With this, enterprises can benefit even mislead the hackers by channelizing the business data to their backup units in case of cybercrime.