Challenges of Implementing IoT in Media and Entertainment 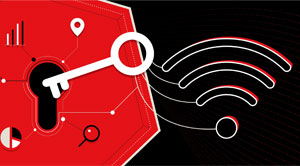 Fremont, CA: The media and entertainment sector has begun adopting IoT since a few years now. According to an Accenture study, the number of linked devices will surpass 40 billion by 2024. This rapid expansion is expected to enable plenty of new IoT applications in the media and entertainment industries and provide huge new possibilities for media businesses to pursue.

According to research conducted by TCS, 79 percent of large worldwide organizations are currently using IoT solutions to track their customers, products, and premises. The number of businesses utilizing IoT solutions will continue to rise year after year.

Media companies have a lot of potential for growth with the rise in the adoption of IoT technologies. Although IoT in media and entertainment has the ability to provide customers with unique entertainment experiences while also increasing profitability, the implementation process has been slowed by a number of challenges as follows:

All the industries face one common problem, which is cybersecurity. Cybersecurity is a big challenge especially in the entertainment industry, where the Internet of Things is linked to more gadgets, programming, equipment, and more people than ever before.  According to the Federal Trade Commission, a company's IoT device used by less than 10,000 households can generate 150 million distinct data points per day. As a result, hackers will have an easier time accessing sensitive information.

One of the most significant issues for IoT in media and entertainment is an organizations' lack of understanding of how to quickly and cost-effectively accomplish digital transformation.