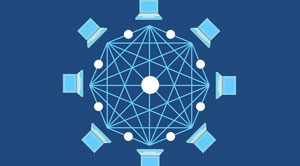 Blockchain technology has become nothing short of a national priority in contemporary China. The nation continues to strive to be at the forefront of the latest innovations taking place in the worldwide blockchain industry.

Fremont, CA: Blockchain technology in more straightforward terms can be defined as a publicly usable ledger, which enables the users to safely transfer the ownership of value units through proof of work or public key encryption strategies.

The most differentiating aspect of blockchain is its highly decentralized nature. Through the bitcoin network, the technology was implemented successfully. Though commonly perceived in association with bitcoin and cryptocurrency earlier, blockchain has moved beyond that perception. Nowadays, blockchain is finding more traction across segments, including finance, arts, non-commercial, etc. As an example, The People’s Bank of China, the country’s central bank, is testing blockchain-powered finance and trade platforms.

In its earlier stages, many organizations were reluctant to adopt the technology into their core organizational procedures. The reasons varied, including lack of sufficient knowledge, its prevalent perception as part of the dark web, and also many felt that the technology lacked strategic value required to extend real-world use cases.

However, the scenario is way different now. The benefits of blockchain are increasingly focused upon.

Currently, China is the world leader in the use and development of blockchain. In fact, the country has successfully filed most of the critical patents associated with technology. Moreover, many top players in the present-day cryptocurrency industry are from China.

In 2018, the Chinese government had confirmed that the country is making all efforts to lead the technological innovation happening worldwide. The Chinese government is giving the following technologies extreme importance: the Internet of Things, AI, and Blockchain. About 72 percent of the bitcoin mining power is held by China.

In fact, more and more luxury brands are responding to the nation’s interest in luxury items and adopting blockchain to impart extra-value to consumers.

The decentralized nature indicates that there lacks a central authority to control, and the current political system will not be able to influence the proceedings of blockchain technology. This is a major driving factor for the ever-growing popularity of blockchain in China.

China is also impacted by the proven ability of blockchain to generate cost-savings in transactions. Further, as one of the most used digital ledgers, the technology records transactions in such a way that they are permanent and totally immune to change. Each and every customer is provided with a copy of transactions. Also, the need for middlemen doesn’t arise in a transaction involving two parties. This leads to significant cost-cutting.

China is also aware that if developed strategically, the technology can be crucial for reinforcing a sense of reliability besides its brand reputation. Further, the technology would also permit the brand to catch opportunities that are left behind in terms of branding and communication.

The current reputation that the country enjoys as a blockchain hub wouldn’t have been possible without the involvement of the governing bodies.

One perfect example of an initiative by the government includes the ‘blockchain sandboxes’. These sandboxes are specialized economic zones that are designed to help enterprises in getting involved in the technology. The Hainan Sandbox is a good example. This sandbox offers incubators that are government-sponsored for startups. The other advantages imparted through the Hainan sandbox include specialized deals for facilities, assistance for entrepreneurs besides official licenses, and a multitude of perks.

The Chinese government remains highly supportive of innovation and even extends the necessary resources such as the incubator. As far as foreign companies are concerned, the government is encouraging but ensures that they work along with the local firms as well. This is widely perceived as a good initiative, as this can contribute heavily to the nation’s economy. As an example, many firms belonging to the U.S are considering huge investments in the blockchain landscape in China. However, such firms have found the need to understand and adopt some of the Chinese strategies.

The U.S firms encountered the need to understand the various components involved in conducting business in China. Further, it is also necessary to adapt to their ways at the earliest and with maximum efficiency. As a result, foreign companies may have to devote a considerable amount of time in learning the techniques of China’s blockchain industry.

The startups in China are also willing to collaborate with corporate partners. This may assist the new ventures in accessing more clients, which might not be possible through an independent existence.

The Chinese blockchain landscape continues to transform at the fundamental level. This trend is expected to persist in the following years as well.

As the demand for blockchain continues, the lack of legal clarity appears to hinder many enterprises from completely transforming to blockchain for some of their operations. This is the result of the fact that blockchain is also evolving, and legal aspects are yet to be finalized. As a result, blockchain still bears the tag of an unregulated, untested technology without any specific standards governing the technology’s applications.

There are ongoing efforts towards developing fundamental legal definitions for the functioning of the blockchain sector. However, these attempts are just beyond the initial stages and may take time to be effective.

As a result, the dependency on legal experts and other fields wherein blockchain is being actively involved is prevalent in the Chinese blockchain industry.

An industry-wide regulatory standard, including even an individual platform, will make the blockchain technology highly effective and less expensive.

It appears that the Chinese government will be actively considering this possibility to boost the evolving blockchain landscape.