Five Challenges of IoT Security and How to Overcome Them 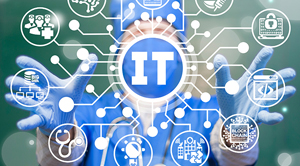 IoT security has many challenges, but no single security strategy can protect against all threats.

FREMONT, CA: IoT security is the specific asset inventory, visibility, and control of internet-connected devices to a computing system, mechanical and digital machine, or objects that allow for the replacement or collection of data. IoT security strategies are pretty similar to traditional network security strategies in some ways. Still, the sensitivity of the data collected by IoT devices and the systems they manage raises the stakes of IoT security. An Internet of Things device that can shut down a power plant or collect video of a family inside their home necessitates more security controls than a traditional PC or laptop.

A major IoT security challenge is shadow devices or devices that are connected to an unknown IoT network . Users who don't know any better, such as an employee who brings an IoT temperature monitor into the office, may add shadow devices to the network. They could also be used by malicious parties, such as attackers looking to conduct industrial espionage using unsecured conference room phones or smart televisions.

IoT devices are not adequately updated to protect against new security vulnerabilities frequently. For starters, IoT devices are typically small and deployed in remote locations. With thousands of IoT devices to manage, it is easy for organizations to deploy IoT devices and then forget about them. Furthermore, many IoT devices rely on users to update the software, and many users either don't bother or are unaware that they are required to do so.

Because exchanging data over the network through an application programming interface (API) is a necessary part of what IoT devices do, API vulnerabilities pose a significant IoT security risk. If an API flaw is discovered, attackers can exploit it to apprehend data via Man-in-the-Middle (MITM) attacks or seize command of devices to launch Distributed-Denial-of-Service (DDoS) attacks. There are many IoT APIs from various providers to track, and there is no single set of API vulnerabilities to monitor. Security teams must be fully aware of all possible risks in the APIs they use.

Several IoT devices come with default passwords that allow users to access the software environments contained within the devices. If users fail to change their passwords, attackers with records of default IoT passwords can use them to obtain unapproved access to a device and its network.

There is no centralized standard to govern the design of IoT devices, the types of software they run, or how they exchange data, just as there is no unified standard to control the layout of IoT APIs. Instead, there is a slew of competing approaches that are constantly evolving alongside IoT hardware and software.

It isn't easy to protect IoT devices because there are several security challenges. There isn't a single security strategy that can protect all IoT devices or networks from all threats.