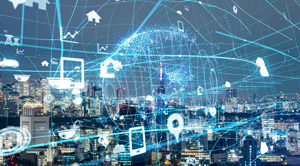 IoT is transforming the world with innovations such as smart cities, smart vending machines, and smart appliances.

FREMONT, CA: Over the past few years, IoT has improved our standard of living. With smart appliances, vending machines, and not to forget smart cities, the applications of IoT are expanding. All these advancements have been possible due to the availability of wireless connections, both cellular and Wi-Fi. Increase in the usage of apps and data has multiplied the need for cellular and Wi-Fi capacity.

Scope of 5G for IoT Devices

The wireless connections have overcome many challenges like bandwidth shortfalls, network coverage, and cost. The cellular and Wi-Fi complement each other, by which the consumers persistently connect to the internet. The emergence of 5G will assist in maintaining the growth and providing scope for IoT in its new inventions, allowing the IoT devices to communicate well.

The IoT devices have already made a buzz in the market, such as Amazon’s Echo smart speakers and Nest thermostats, an extension to this many other home appliances such as refrigerators, dryers, air conditioners, and other tools are the next inventions. Apart from the home appliances, the IoT devices are set to transform the cities into smart cities, which is expected to be worth $400 billion by 2020. This innovation comes with a requirement, of least possible wireless connectivity in the city that can assist the IoT devices in connecting them to the city infrastructures.

However, these innovations of IoT are not an easy task to achieve, and there is a risk of controlling, and monitoring plenty of data associated with it. In addition to smart appliances, smart vending machines, and smart cities, security is getting smarter too. The data security can be carried out with technologies such as artificial intelligence and blockchain that helps in protecting and storing the data.

With the innovations mentioned above, organizations leveraging IoT aims to provide a better future for the industries.