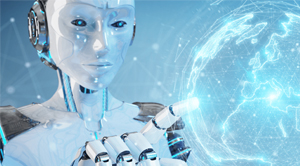 FREMONT, CA: Machines can learn from their experiences, adapt to new inputs, and perform human-like tasks thanks to Artificial Intelligence (AI). Most AI examples one hears about today depend heavily on deep learning and natural language processing, from chess-playing computers to self-driving vehicles. Computers can be equipped to perform particular tasks by processing vast quantities of data and identifying patterns in the data using these technologies.

Why Is Artificial Intelligence Vital?

AI simplifies repetitive learning and discovery through data. However, AI is not the same as robotic automation that is powered by hardware. Instead of automating manual tasks, AI consistently and without fatigue performs regular, high-volume computerized tasks. Human inquiry is still required to set up the system and ask the right questions for this form of automation.

AI adds intelligence to existing products. In most instances, AI will not be marketed as a standalone product. Instead, AI capabilities would be extended to existing products, like virtual assistants. Automation, conversational platforms, bots, and smart machines can be used to develop a variety of innovations at home and at work, from investment analysis to security intelligence.

AI adapts by allowing data to program itself using progressive learning algorithms. AI discovers structure and regularities in data, enabling the algorithm to build a skill: it becomes a classifier or predictor. As a result, just as the algorithm can teach itself to play chess, it can also teach itself what product to recommend next on the internet. When new data is introduced, the models adapt. Backpropagation is an AI technique that allows the model to adapt through training and additional data when the first response is incorrect.

Using neural networks with several hidden layers, AI analyzes more and more data. It was nearly impossible a few years ago to create a fraud detection device with five hidden layers. With the advent of supercomputers and big data, all of that has changed. Deep learning models need a large amount of data to train since they learn directly from the data. The more data one can give them, the more precise they will become.