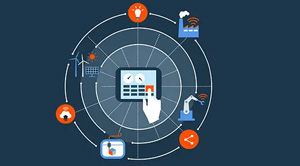 Industrial machinery, smart energy grids, building automation, and any personal IoT gadgets that employees bring to work are examples of IoT devices that can be found in a corporate environment.

FREMONT, CA: Along with understanding "what is IoT security," it's necessary to be aware of the most significant issues IoT security is currently experiencing. The Internet of Things (IoT) devices were not designed with security in mind, resulting in possible weaknesses in a multi-device system. Security software cannot be installed on the device itself in the vast majority of instances. Aside from that, they are occasionally shipped with malware on them, which subsequently infects the network to which they are attached.

Some network security systems cannot detect IoT devices linked to them and the visibility to know what devices are communicating over the network, leading to security breaches.

How can today's IoT security standards be met?

Only an integrated solution capable of delivering visibility, segmentation, and protection across the whole network infrastructure, such as a holistic security fabric approach, can meet IoT and security requirements.

The solution should possess the following critical capabilities:

Segment: After determining the enterprise's IoT attack surface, IoT devices can be classified into policy-driven groups based on their risk profiles.

Protect: Using policy-driven IoT groups and internal network segmentation, one can monitor, inspect, and enforce policies based on activity at multiple points throughout the infrastructure.

The more ways devices may communicate with one another, the more opportunities for threat actors to intercept them. HTTP (Hypertext Transfer Protocol) and API are just a handful of the channels that hackers can intercept when they access IoT devices.

The IoT umbrella does not just refer to internet-connected gadgets. Bluetooth-enabled appliances are also considered IoT devices and, as such, require IoT security. Such oversights have aided in the current surge in IoT-related data leaks.

The following are just a handful of the IoT security threats that continue to jeopardise the financial security of both individuals and enterprises.

Exposure at a distance: In comparison to other technologies, IoT devices offer a disproportionately broad attack surface due to their internet-connected nature. While this accessibility is tremendously beneficial, it also allows hackers to control gadgets remotely. This is why hacking campaigns such as phishing are so successful. To secure assets, IoT security, like cloud security, must account for a high number of entry points.

Restriction of resources: Lack of foresight is not the only challenge confronting newly digitised sectors regarding IoT security. Another significant security risk with the IoT is the resource restrictions of many of these devices.

Not all IoT devices are capable of incorporating sophisticated firewalls or antivirus software. Some are barely capable of connecting to other devices. Bluetooth-enabled IoT gadgets, for example, have been the target of a recent wave of data breaches. Once again, the automotive industry has been one of the hardest-hit sectors.