What are the IoT Challenges Businesses Must Overcome 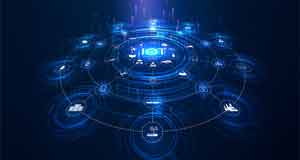 IoT presents certain difficulties for CIOs and CFOs when dealing with technological evolutions and constrained IT and OT budgets.

FREMONT, CA: The Internet of Things (IoT) poses more hurdles than those encountered when IP networks were first established. There is no such thing as a standard IoT device. There are various options for both local and long-distance wired and wireless connections. Battery or Power over Ethernet can be used to power IoT devices locally.

IoT devices can be sensors that gather data or actuators that respond to orders or changes in the environment. Short messages or streaming of low and high-priority IoT traffic are examples of IoT traffic. Security technicians are concerned about their security, which is often inadequate.

There will be a considerably more significant number of IoT endpoints than IP networks can handle. As there will be so many of them, the price of IoT devices must be low. But, due to the large IoT population, the total IoT endpoint expense would be significant. The cost of connecting an IoT endpoint must also be minimal. Otherwise, it will be difficult for the company to connect to all of them. The entire expense of IoT will have a significant impact on the ROI.

Businesses will get both wired and wireless IoT devices on the network. The network must accommodate a wide range of heterogeneous devices from various manufacturers, each with its own set of capabilities. Applying centralized security policies and unified administration access for wired and wireless networks becomes critical. Using old management systems while incorporating new ones results in a disconnected solution. Automation of access procedures becomes necessary, demanding changes in management strategy.

The Internet of Things (IoT) is becoming important in business activities. If the organization plans to install many IoT devices, they must be economical. Less expensive devices require less security investment, and Firewall rules are the most prevalent network security methods. ACLs, VLANs, and VPNs are growing more complicated, inconvenient, and costly. To guarantee that any potential IoT security breach does not impact other business operations or data, it is recommended to improve security measures and build contained regions in the network.

IoT devices necessitate network infrastructure that can handle an increase in operations and data while preserving performance for the existing functions. Since the IoT population is predicted to expand considerably, higher capacity (bandwidth) and the capability to connect more devices simultaneously have become necessary. Wi-Fi standards are advancing, like Wi-Fi 6, which contains technological enhancements for IoT.